Cell Fusion: A trusted tool that can still be an enigma

“Mystery is at the heart of creativity. That, and surprise.”  Julia Cameron

When it comes to monoclonal antibody discovery, cell fusion is the oldest tool in the field’s toolbelt. First used to study immunoglobulin expression by myeloma cells, it was the fusion of primary immune B-cells to immortal myeloma cells by Kohler and Milstein that gave birth to monoclonal antibody technology. Cell fusion created, with one simple step, a cell factory producing exquisitely selected Ag-specific antibodies that could be produced “ad infinitum.”

Although cell fusion can occur naturally, fusion of somatic cells is a relatively rare occurrence. Cell fusion events can be dramatically increased in the laboratory by a number of methods, including Sendai virus, polyethylene glycol (PEG), electrofusion, and thermoplasmonics.

Of these methods, the two most popular are PEG and electrofusion. Both techniques induce cell-to-cell contact with a mixing of the plasma membrane phospholipids of two or more cells to eventually give rise to a hybrid cell. PEG acts as a dehydrating agent that allows close contact of membranes leading to the formation of small cytoplasmic bridges between cells. Electrofusion, on the other hand, uses pulses of alternating current (AC) and direct current (DC) to merge plasma membranes through electroporation. This allows for the cells to be aligned in a 1:1 arrangement (e.g., cells are aligned by dielectrophoresis into linear chains resembling strands of pearls) to meet each other for fusion.

PEG vs. Electrofusion: Spoiled by choices

Both PEG and electrofusion methods have their proponents, and which method is the “best” for creation of hybridomas has been vigorously debated for many years. Picking PEG vs. electrofusion doesn’t have to be a paralyzing choice; both are well-established and effective techniques for generating hybridomas. In practice, the choice is more dependent on project-specific factors, laboratory expertise and workflow that might make one more appropriate than the other. In some ways, it is instead better to view them as two sides of the same coin — while seemingly very different, both are well-established methods to generate hybridomas.

Over our 25-year history, Antibody Solutions has optimized the many variables of hybridoma generation, including cell fusion. Generally speaking, PEG fusion has lent itself most effectively to our antibody discovery efforts and the generation of hybridomas. While PEG fusion is a somewhat random event between cells, in our hands it seems to be more selective for fusing activated B-cells secreting Antibodies reactive to Antigens (see Figure 1). Also, fusion reactions achieved through PEG are more flexible with the number of cells that can be used per fusion.

Much like an artist choosing between a round, square or Filbert brush for a painting, Antibody Solutions has found that PEG fusion is the tool best suited for our antibody discovery platform. While electrofusion may have an advantage in certain settings, we’ve found through extensive trials that a properly executed PEG fusion can yield similar or better yields of Ag-specific hybridomas. A comparative example is shown in Figure 1 below.

HAT selected hybridoma clones were obtained from a PEG fusion or Electrofusion (e.g., BTX2001Plus system) using the same population of primary B-cells and myeloma fusion partner. Hybridomas were seeded into 10 96-well plates by flow-sorting of single viable cells. Cloning efficiency was 74% and 76% for the PEG-derived and Electrofusion-derived hybridomas, respectively. Culture supernatants were tested by ELISA for IgG secretion and Ag-binding using an IgG-specific detector. The absorbance (O.D.) values for each culture are indicated by a purple circle. The total number of positive wells (e.g., >2x background) for IgG secretion and Ag-binding IgGs are listed along with the percentage of positive wells per total number of wells with hybridoma growth.

Whether PEG or Electrofusion is used, obtaining a large population of hybridomas that produce a diverse set of antibodies can still be an elusive goal. There are factors beyond the fusion method that impact the quality of hybridomas obtained. The relative importance of each factor in the success or failure of an antibody discovery program can be difficult to discern. We have identified the importance of critical factors — i.e., “must-haves” — needed in cell populations to generate hybridomas. These include: a high frequency of Ag-activated B cells; healthy and actively growing myeloma cells; and culture conditions that stimulate hybridoma growth.

The intersection of art and science

While many aspects of a successful hybridoma fusion remain a mystery, it continues to be a robust and successful methodology for the discovery of novel antibodies. As of 2020, traditional hybridoma technology has generated more than 90% of the antibodies approved by the US FDA. (https://pubmed.ncbi.nlm.nih.gov/32473573/). It is favored for its natural ability to preserve antibody heavy and light chain pairing and can be selective for rare antigen-specific B-cells in an immune repertoire.

Antibody Solutions has optimized the many variables of cell fusion and hybridoma generation outlined above, along with other key elements of our monoclonal antibody discovery platform, including target analysis, antigen design, immunization protocols and screening methods.

If you’d like to gain more insight into our process to make the right choices for an Antibody campaign, please feel free to get in touch with us (we always love talking science with fellow researchers). 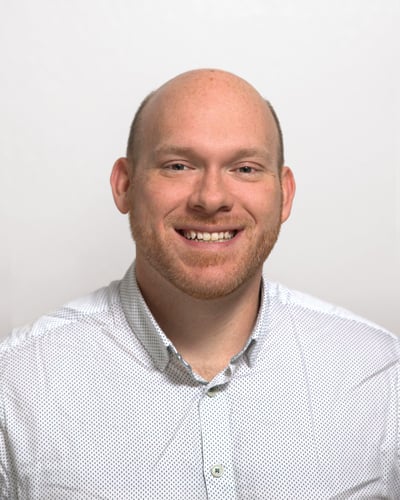 Josh is the Manager of Project Management of Antibody Solutions. Since joining the company in 2010, Josh has served multiple roles at the company and is currently providing scientific support and guidance to the Project Management team as well as helping clients achieve their antibody discovery and research needs.

Modeling the Impact of the UK and South African Strain Mutations

Getting your antigen to stand out in the crowd